Luckily, we have another very good forward, recently masquerading as a left winger, who can still score and unlike Wesley for this weekend, can also stay healthy. He’s dangerous, he’s slick and he’s ruthless. He’s… hell, you know who he is. 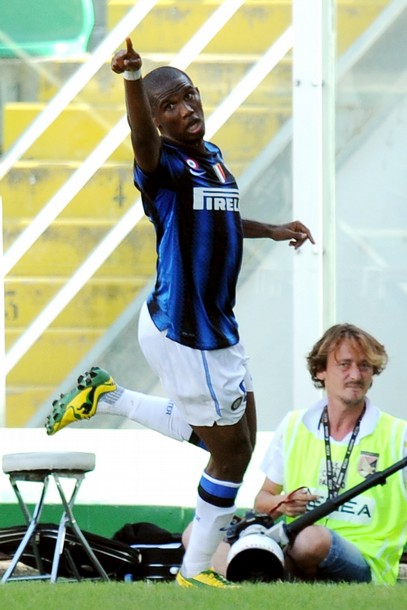 Cesar: The result of chancing forward more is that Julio needs to step up and deal with the occasional attack that breaks down the defense. Unfortunately, Cesar is all washed up. Wait, no he’s not. He actually saved what could easily have been 2 goals. I can’t blame him for the first goal as he made the initial save, but his defense let him down on the rebound. 7.0 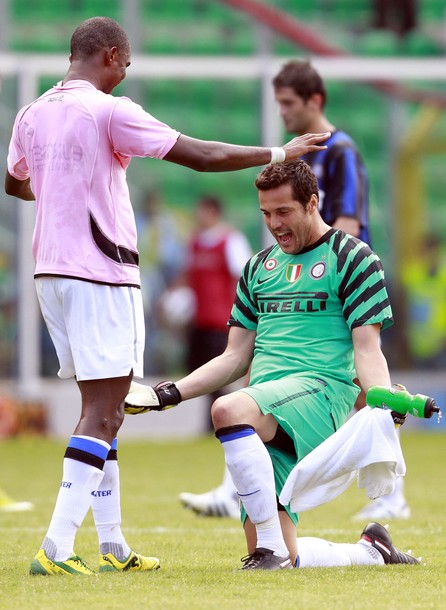 Maicon: I didn’t like Maicon’s defensive game today. I thought that he left the team high and dry at times. Here’s the thing, last season when Maicon went up he had 1 of 3 midfielders to switch with him. Now that we are playing with only 2 midfielders, he’s got to be more aware and haul his cleats back. 6.0

Lucio: I thought that Lucio was pretty solid. Not great, but not terrible. He had a lot of interceptions but I thought that he flubbed a couple of the counters too. 6.5

Samuel: I thought that Walter had the best game of all the defenders. He was stout and he was nearly perfect in taking or shielding the ball away from Palermo attackers. However, having said all that, his own conscientious nature came back to haunt him on the goal. Having seen that Lucio was in trouble against Pastore he left his zone to futilely help out leaving space for someone to fill in behind him. 7.0

Chivu: Not for the first time did Chivu frustrate the hell out of me today. It won’t be for the last time this season either. I am just having a real issue with the way he’s playing lately. Maybe it’s because in my head I think that he should be somewhere else – and that’s my problem not his – but he’s just not doing it for me this season. 5.5

Zanetti: I thought that Zanetti played better as a midfielder than Cambiasso did. I don’t know who that’s a testament to. But once Rafa changed the formation, Zanetti started playing forward more and I thought he did fine, 37 years old or not. 6.5

Cambiasso: At halftime I thought that Cambiasso was invisible. He got better as the game went on, but I still don’t think that he had a great game. He looked tired and a little off his feed, to me. 6.0

Pandev: I thought that this was Pandev’s best game this season, in which I thought has been pretty sub par for him, until today. He almost had a goal today after dribbling 2 or 3 guys right at the top of the area. They are going to need to put a new coat of paint on that crossbar thanks to that shot. I thought that his passing was first rate today. 7.0

Stankovic: I wasn’t happy to see Deki on the field this morning. But the cold hard truth is that he did more than a credible job today. He hit the upright (I swear I am going to lay down some bets that we are going hit the woodwork) with a hell of a shot that was a real shame that didn’t go in. He made a hell of a heel pass and worked a great give and go with Eto’o for that goal. 8.0

Samuel Eto’o: That’s right. He gets the full name today. No Sneijder? Milito is in crisis of confidence and form? We can still be a threat and make chances as long as this guy is on the field. Right now, he is saving our bacon and buying Rafa time to get the squad up to the correct speed. If Eto’o doesn’t score twice, than there’s more pressure on Rafa, more pressure on the team and less time to work in their new configurations a calm fashion. Right now he’s the straw that stirs the drink, so to speak. 9.0

Milito: Here’s the thing about Milito, and I want to be clear about this, I love Milito. He gets my respect and my affection for last season. Because of last season, I am not calling for him to be left on the bench. But he has to start scoring no ifs, ands or buts. His job is to score. It was a nice play for him to pass to Eto’o a couple of times for real good chances at goal. But he needs to score and he had his opportunities to do so and he made a mess of it. That’s really all I can say about it. I thought that his substitution for Muntari was the right move and if he’s mad about it – tough titty. Show us all that you deserve to stay on the field and score. Easy. 5.5 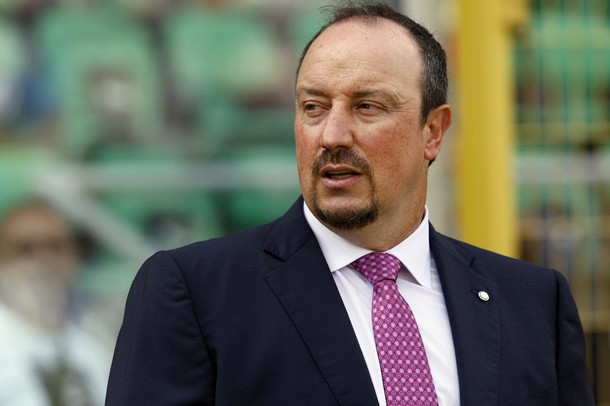 For the love of god, blue and black! Blue and Black!

We were doing very well in the first half but we weren’t scoring and we were losing. We had possession. We had position. We had more shots in general and shots on goal. But it wasn’t working. Rafa made some changes in formation and personnel and we scored twice. What genius move did he make to bring about these events?

He moved Samuel Eto’o closer to goal. He knew that he was going to mess up the midfield defensive coverage. And it’s pretty obvious that we had more trouble with Palermo’s attack because we weren’t dedicating 2 extra people to screening the defense. It almost cost us at the beginning of the second half where Palermo had its biggest sustained period of pressure on us. But what was the risk? We were already losing. 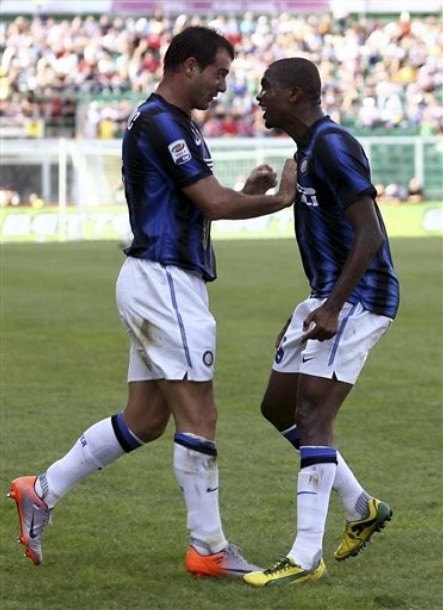 But we held them off and then right in the middle of the second half we camped out in their back third and made chance after chance for ourselves. With Eto’o up close to the goal to be on receiving end of those chances it was only a matter of time before we put one in – and as soon as be put 2 of them in Rafa started switching defensive midfield help to replace what he had taken away at halftime. That means that he changed tactics 3 times to accommodate the situation on the field.

He took some chances and this time it paid off for him. I can live with that.

I want to have a word about the so called penalties that were not called. I thought that Chivu clattered into that guy, but the offside flag had been raised. It may be that if that player hadn’t started from an offside position then Chivu wouldn’t have had to try to throw himself into that tackle. I don’t know, I didn’t see a replay of that offside call. But the other two attempts at penalties were correctly not called. Chivu unwisely went for a slide tackle in the area, but he was there first, got the ball with one leg and the Palermo player went over him. Like the Cordoba situation last game, our player was in that space first and the attacker fell on/over him. The third non penalty was also called completely correctly. Samuel was shoulder to shoulder with that player (I don’t remember who it was) when the Palermo player hit the dirt. The crowd wanted a penalty but it was called correctly. Zamparini wanted 4 penalties against us – but to be honest I don’t remember anything else that looked close, maybe someone can remind me. I do know that there were several simulations on the field and that Palermo were fortunate not to get any cards for them.

And I also wanted to have a word on the subs today, Mariga, Muntari and Santon:

How awesome was it to see Santon on the field again? I don’t know if he did a whole hell of a lot but he was out there, he was running and he was playing defense-ish (it was more of a defensive midfielder, which was his position as a primavera). Considering the scoreline, I thought Rafa did the right thing to give him some game minutes to get back up to speed considering the length of his layoff. 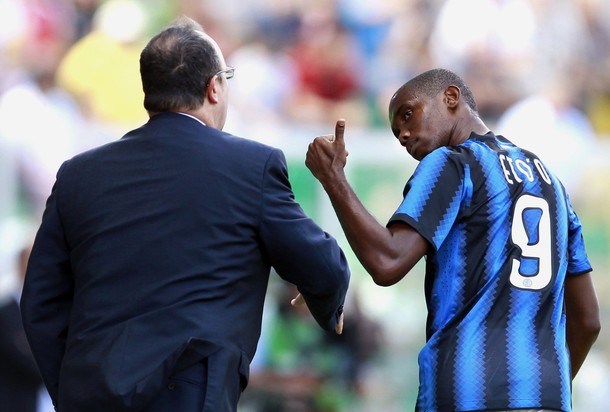 I know that there are people who don’t like him, I know that there are people who think that he can’t cut it, but we need Muntari to be useful to this team if we want to do anything this season. There are too many games and we have too many fragile players not to use a player who can come off the bench and play as a second half sub and give a breather to a player like Milito and Sneijder when we are ahead. We know that he’s capable of good play and we know that he’s capable of solid defense – we just have to nurture that part of his game and not the crazy blackout part. We already have too many players who are taking up space and not contributing. Muntari is useful, we shouldn’t be ignoring him.

I thought that it was a real shame that Mariga couldn’t have started this game. It would have forced Javier to play as left fullback and I think that the 2 man midfield is a lot more solid with him than it is without him, mostly because he runs like a demon. I understand that he’s still a young guy and that he’s already been playing quite a bit and that giving him a rest now can help spare him for later games but I like the way that he’s been playing. And I also look at it this way, if he does start on the bench I have no worries about Rafa using him late in the game to protect a lead because we have already seen that he can play in this league.

Next up, Wednesday we go against Bari, a team that we couldn’t beat last season. 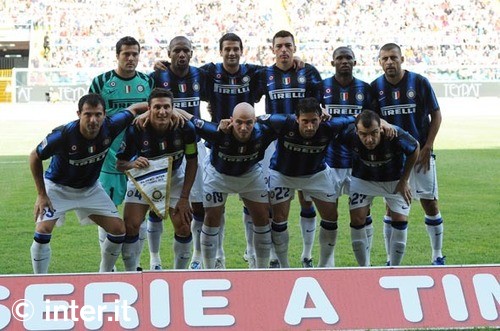