Thoughts on the Italian Youth Situation and Reflecting on Viareggio

Share All sharing options for: Thoughts on the Italian Youth Situation and Reflecting on Viareggio 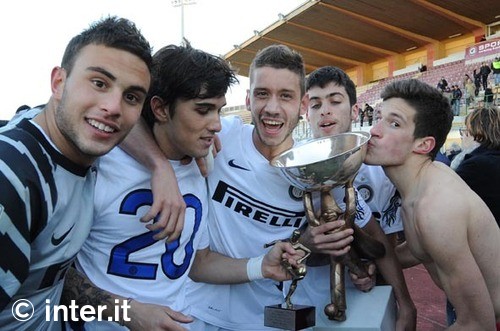 Baby Heroes for a Day

A couple of weeks ago Inter were playing every other day it seemed and I was hard pressed to keep up with the games and the game reports. Last week and this week we finally have a period to catch our breath until the next big push that looks like a Brescia – Bayern – Lecce combo right before what seems like an international break and then the Derby.

So having a couple of days with nothing that absolutely needs to be reported, I wanted to throw some stuff out there that has been swirling in my brain pan before it all goes away.

A few weeks ago Cesar Prandelli said what I thought was one of the more intelligent things about Italy’s youth situation. Basically he said that youth players are too long in the Primavera. He said that by the time a player is 19 or 20 he should be starting somewhere in a professional setting to prepare for his future career.

I couldn’t agree more. There is such a herd mentality that goes with this problem that it makes me often ignore it all together. In January there was a Calcio Italia article on this subject that forced a lot of copy cat articles in the English speaking sector of Calcio fandom. I found that while I agreed that there needed to be some changes I always disagreed with the herd who were all saying the same thing: There’s too many foreigners in Serie A. There are too many old players in Serie A. The most ridiculous: There are Serie A teams who have a bias against Italian youth. 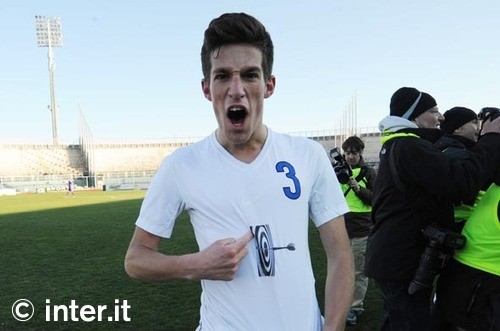 Wait, is that an Italian youth I see? SportsCenter thinks so.

The problem, as I see it, with Italian youth progressing to the highest levels isn’t Serie A. Serie A is the end result. It’s the product at the end of the factory’s assembly line. If you want a better product – that is, Italian players trained and capable of playing in Serie A that are National Team worthy - then you need to fix the means of production.

That Serie A teams aren’t putting youngsters in their starting 11 isn’t a problem. It’s smart. These teams are playing for high stakes – hundreds of millions of Euros every year in some cases - and putting novices out there is tantamount to suicide. Mario Balotelli is the exception to the rule that proves it. There aren’t too many players with the talent of Mario Balotelli who can jump from youth to Champions League football at 17. Most players have careers like Diego Milito or Pazzini – a slow climb up the ladder to increasingly more competitive teams.

Here’s where I think that I disagree (I know, shocker, right?) with most everyone else: if it wasn’t for Serie A teams being part of the solution in the progress of Italian youth football then the situation would be worse. Consider who else would be footing the increasingly high cost of scouting players, evaluating players, housing some players, educating them, feeding them, training them, maintaining the costs of medical and recovery/rehabilitation facilities and equipping them? 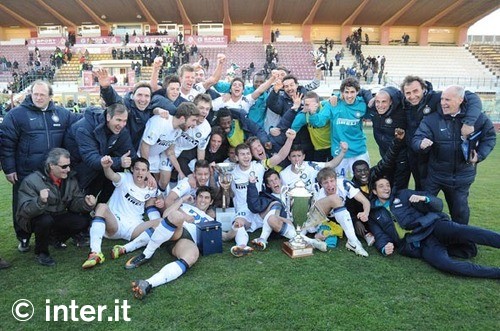 It’s just obvious to me – and I have been called crazy by folks around here, so who knows what strange and perverted things goes on in my head - that the problem isn’t with Serie A, but with the lack of prospects and age when they eventually leave the Primavera.

If a player has only experienced Primavera football and he’s 20 years old, then it will take longer – maybe too long, if its going to happen at all, for that player to adjust to a more competitive milieu where it’s dog eat dog and results are life and death. Can the player eventually adjust? Yes, see also the example of Mario above. Does it happen often enough to be considered a viable solution to this problem? If it was, would we be having this problem?

The “solution” last summer of limiting foreign players (non-EU of course) in Serie A is stupid on several levels. These teams drive the economic fortune of the entire industry in Italy and limiting their ability to draw talent from more varied and more populous sources only makes other countries more appealing for that talent which is as much a part of the competition and finances as the spectacle on the field. Hell, the dunderheads at the NFL figured this out years ago… why else do they actually televise the annual parsing of talent between the 32 teams called The Draft. They get phenomenal ratings – and more importantly profits - by letting fans watch old, rich, fat men sitting around in suits making decisions for their club. How does the FIGC think that La Gazzetta makes money during the close season? Limiting the market that fans seem to enjoy – and are willing to invest time and money in - almost as much as the games themselves just seems counterproductive. Serie A should be allowing more scouting and talent evaluations – the more exotic the locale the better – and televising it in real time. Call it the Serie A Channel... 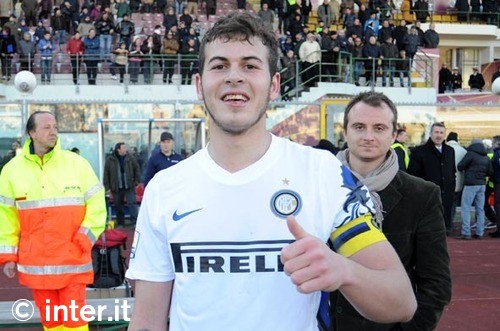 Why not limit acceptance of non-EU players into Serie B and the Pro Legas (by the way, I want to point out how difficult it is to type Pro Lega so many times when I KNOW that I should be calling this Serie C1 and Serie C2) and making incentives to increase the financial advantage of loans, team twinning and co-ownership deals. How about limiting how many players any one team can have out on loan in the first place, forcing teams to sell young players to lower league teams more often? I also fail to see the big deal if a Serie A team wants to pay the expense of maintaining another team as in a “B” squad. Wouldn’t it put more asses in seats if AS Avellino 1912 could host the future stars of Inter/Roma/Juventus/Milan/Fiorentina/etc.?

Letting young players of 17 and 18 years old get increasingly more playing time in actual relegation and promotion battles while the natural increasing of actual pressure from a coach and team president at each step progresses them in their learning. If a player has what it takes at 17 to perform at Pro Lega 2 then next season maybe he should be Pro Lega 1 and so on. The big incentive for this kind of plan should be that teams that sponsor a player in the lower leagues get a discount if they want to buy him from the parent team. For example, suppose a player’s career stalls at Serie B. He performed well there but the Serie A team that loaned him out doesn’t think that he’s much better than Serie B talent decides to sell him, the team that he spent time in Serie B gets first dibs at a discount, if they want him. The player gets a pro career, the Serie B team gets a talent they have first hand knowledge of and the Serie A team gets the player off their books and minds allowing them to concentrate on another prospect.

Here’s another plus to this system: Serie B and the Pro Legas can advertise themselves not only as another highly competitive and quality league, but also as the place for fans to see the future of their Serie A team today. In the U.S., people pay millions yearly in tickets to flock to College Campuses (wait, is it Campi? Ugh, whatever) or to buy TV packages to watch these games. Kids, especially watch them to see where they might want to go to realize their dream of being glamorous pro athletes. This seems like such a win-win…

I know that loaning players out to the lower leagues is something that has gone on forever, but if it's going to happen, then it needs to happen 3 or 4 years earlier than 20 or 21 years old and there needs to be an eventual end to the constant loaning players out that many teams, including Inter, are guilty of. Will it also help to be able to sign players younger, like English teams do? I don't know, but it makes sense that if we're going loan the players out earlier then they should be under contract. If nothing else it will even the playing field when competing for talent with English teams.

Any talk about Italian youth in football at this time of year has to include the Viareggio tournament. Inter has won the tournament for the 6th time on Monday. While that does put the Inter Youth Project in prestigious company it also says something very important about the team, the direction it’s going in and future goals.

I have beaten this subject to death I think, but at the risk of boring people again – or still, I guess – I would just like to point out how recent and rare this honor is for us.

The Torneo Viareggio has been in existence since 1949 and Inter’s first victory in it was in 1962 which would have put it smack dab in La Grande Inter era. Inter won 2 more times sporadically in the 70s and the 80s but it would be in the 2000s that Inter would show a decided interest in building up and maintaining it’s youth sector. Inter won the tournament in 2002, 2008 and again this winter, 2011. 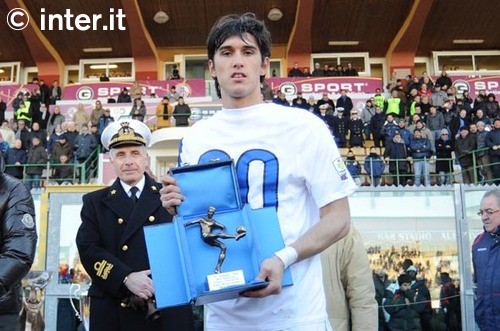 I documented in other places the prospects of the youth team and project at large so I won’t get into that right now, but I think it’s important that we realize why it’s important that we are doing this. It’s nice on several levels if we can get players that grew up in the nursery to play with the first team like Pandev, Obi and Orlandoni. But it’s vital that we are able to buy talent – like Eto’o, Milito, Motta and Pazzini for example – if we plan on staying on a competitive level with teams from other countries who earn much more than we do. And using players to lower the cost of champions – like Pazzini, Milito, Eto’o and Motta – is one of the ways we can do that.

So yes, it’s great that we won the Viareggio and no one is prouder and happier than I am – especially since the romantic in me sees Natalino, Alibec, Crisetig and Dell’Agnello playing in a blue and black striped shirt – but I am also… maybe cynically happy is the right wording… that the company has the means to make new signings if a partial trade is necessary to bring us another Pazzini or Milito. 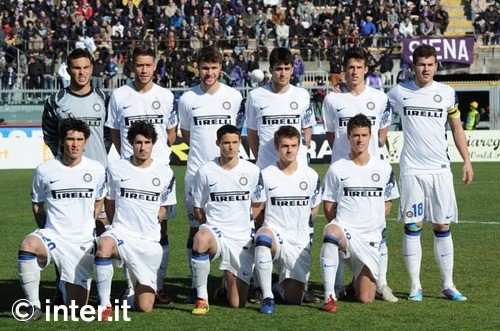