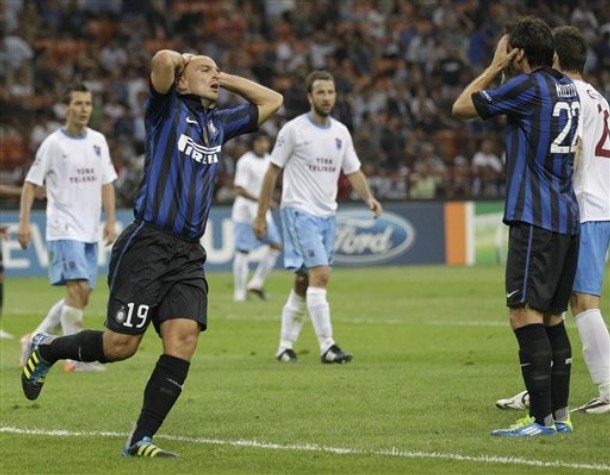 Some days it doesn’t really pay to get out of bed. Today wasn’t that day. It wasn’t a bad day for me by any stretch of the imagination. It was a great day – mostly. I got out of work early-ish. I had a great lunch. I watched my favorite team, relatively unbothered by the world outside my window. I spent the evening with my little girl at the playground where I watched her laugh and play until it was nearly dark. The weather was 70 degrees, breezy and perfect.

The only blemish on my otherwise pleasant existence on this planet today was that my favorite team didn’t play with the red-eyed, ruthless determination that I expect and beat their opponents bloody into the ground while I alternatively cheered or jeered those same opponents leaving the field with shame haunting their features.

As I said, it was mostly a great day.

I think, calmly, we can put to rest any unreasonable criticism regarding formation. Anyone who watched these last two games and think that the problem with this team is the formation is kidding themselves regarding the outcome of this season and many more seasons in the future. It isn’t the formation.

This Inter team has too many disparate parts. There’s the old guard that at this point has won everything, has more money then they know how to spend and unfortunately probably have more power in the dressing room than the coach – who they know won’t last.

There are the newcomers who are younger, mostly in their physical prime, are more likely to follow the coach’s direction but in most cases are taking such a large step up that they are probably freaking out with all the pressure they find themselves in now.

Then there are the youngsters who are, criminally, just now getting serious time on the field that should have happened at least last season. They, like the newcomers are freaking out a little now that the games mean something and every little thing is under the microscope. They have to learn to be a professional. Hopefully there are people showing them how to do this.

I begrudge the players a bit for these poor showings – especially the old guard. These are the players who should be the most professional, but frankly, I am not seeing the passion. These last 2 games are starting slow. The team is half a sleep after halftime. Chance after chance went wanting until their opponents made them pay for their carelessness. My last post talked about the technical aspects of the problem – but that can only go so far, as our experiment with Mr. Benitez shows. At some point the players need to show up.

Today the players didn’t show up. We played most of the game in the opposing half. We took shots on goal. None of them went in. At some point we fell asleep – as hard as it is for me to write that, we fell asleep. People, who are making millions for a 90 minute shift biweekly, fell asleep on their feet and completely disregarded the little ball they are paid to at the very least watch the path of. I don’t care who is at fault for the goal. I don’t care who is at fault for not scoring. I have no problem with the formation or the players chosen to play in it. There is no excuse for the final score of this game. There is no excuse for the way this season has started.

This was a bad loss. It’s not the worst. But it ain’t good.

If there are players who can’t handle this then they need to leave. I don’t care how long they have been with the club at this point. I love them for their service and their past victories but they are not helping this team by refusing to let a fresher/better set of legs take up the burden.

Moratti says that Gasp gets more time – I’ll believe it when I see it. I fully expect Gasp to go before Halloween (October 31st for the non-Americans). I think that will be another mistake that the front office will be guilty of this season. Nothing tells players that they have carte blanche to ignore everything a coach has to say like the total lack of faith, support and commitment of the soon to be legions of ineffectual men that will populate the Inter bench.

I hope to the gods that I am wrong, but I have a bad feeling about this... 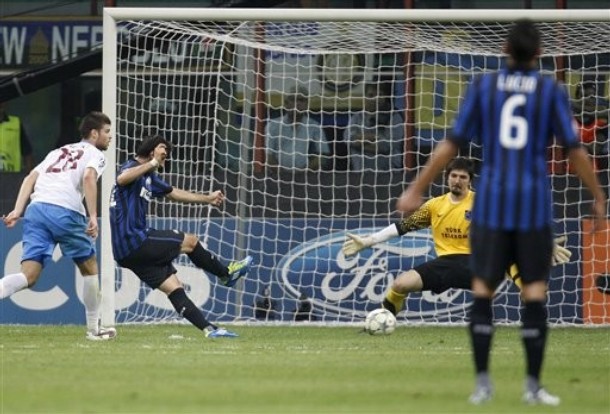 No excuse for missing this.