Even though this is an International Team Week and no club games for a while, there are still some snippets of news, rumors and WTF? moments being generated for The Beloved Team and I thought this would be a good time to share… and change the page.

Rising from the morass of International Friendlies there has been one piece of relatively good news – Inter has incurred no more injuries on its roster than what it had before the Friendly Week. I say “relatively good news” because I would never wish harm on any player who plays for our club, but, if Deki had developed an injury that kept him from participation for the rest of the season, I confess to the high probability of shedding fewer tears than I might normally.

- Other good news is that Maicon is already back at training with the group after his leg injury had originally been diagnosed with a longer healing time.

- Young Juan Jesus is training with the group a lot sooner than was expected which has led to the speculation that he he’s a serious professional keeping himself in shape and not a partier of Adriano proportions.

- Guarin is said to begin training with the group come Monday which means his healing has taken longer than expected by a week or two. Inter are said to be very interested in what he shows in training because there is no obligation to buy in his loan spell – if he shows himself to be a goof, he’ll get sent back to Porto where he had problems with the front office. So, how dumb is he? If he’s smart enough to buckle down and take advantage of this opportunity he’ll go far. The midfield positions here at Inter are so wide open at the moment that if shows that he can cope with the step up in team/expectation/league difficulty he can write his own ticket. His fate is entirely in his own hands.

- Luca Caldirola’s agent has been in the news lately talking about his client. I am a hopeful supporter of Luca’s. He has succeeded in Holland, in Serie B where all reports are that he’s absolutely dominating, and with the U21’s. He’s still a young man and a young player. I hope that he can come back to this team and really do something for it as a graduate of the youth program here.

- Rumors abound with Inter looking at every midfielder in the world… where was this last summer when everyone with a keyboard – including yours truly btw – was begging the team to take one. Poli… well we all know what I think about Poli, so moving on… I think that Faraoni is destined to be a fullback or an outside midfielder and I can’t remember if we even own Krhin anymore. Obi will be in the mix as well. We just need new blood.

So anyway, here are some names that have popped up in the last few months – Sahin – although this one has cooled somewhat, M’Vila, Strootman, Kucka – still, Lucas and Javi Martinez.

On the field news or rumor is obviously scarcer lately but there are some whispers coming out of training. Ranieri is rumored to be going back to the 442 that was so successful in November, December and parts of January but was discarded in February to accommodate Sneijder. This rumor is coupled with the benching of Sneijder in favor of the formation. Moratti is considered to have signed off on the move and has given Ranieri a Carte Blanche to stop the slide of the team for the remainder of the season.

I don’t know if it’s going to work but no matter what happens, I can’t see Ranieri coming back at all as there are names being circulated that sexier and more appealing from a football point of view. But if it does work, then Goal.com might finally get their wish with Sneijder getting sold. I am not prognosticating anything here, I am just following logic. If a team that is desperate to cut salary discovers that it’s highest paid player – by a whole lot of cash – isn’t necessary to winning, or more accurately skate by at 3rd place… well what do you think is going to happen? I think that the team will consider Coutinho, Alvarez and possibly Lucas as plenty of talent/more versatile talent/cheaper talent than Sneijder and use that money to buy a forward – or Lucas.

Speaking of letting players go, if Coutinho comes back and Ricky doesn’t embarrass himself on the field and the team somehow cuts through the red tape of buying Lucas, then I won’t be crying if Sneijder is sold – this is, assuming the Eto’o Caveat* is followed.

*The Eto’o Caveat: If you sell a star player who contributes hugely to your team, you replace that production with a reasonable solution**.

**A reasonable solution does NOT mean a combination of a 30+ year old forward on the down slide who has never played in your league before, an 18 year old you don’t have any intention of playing and a well known selfish head-case who has actually proven to have never lived up to his considerable potential over several seasons in your league no matter how cheap this mess is.

Ditto Julio Cesar. I love the man and what he’s done for this team – and his actions in the last derby – but he’s not the same man since his car crash. He has gone from perhaps the best goalkeeper in the world a couple of seasons ago to WTF dude? pretty damn quick. Some might not be sold on Viviano – hell, I am not sold on Viviano – but I am willing to give him his shot ASAP. As long as we are throwing out the baby, we really don’t need the bathwater just sitting there either, right?

Speaking of players whose best days are past and probably should be shuffling off into the sunset… The rumor is that Chivu’s extension meeting will occur later this month or next month regarding any re-signing that might be happening. I hope to heaven, and I understand if there may be those who don’t agree with me, that Inter throws sentiment out the window and doesn’t re-up Chivu. I get that he’s versatile as all hell, I know that and I like him for that. But he’s on the wrong side of 30, any speed he might have had - and it wsn’t much to begin with – is gone, gone, gone. He’s still a very technical player but the truth is that his best days are behind him. We need players playing at their highest levels at this moment. But we need some vets too, to give leadership to the many younger guys that are undoubtedly going to arrive. The problem is that I have never heard of Chivu being a team leader at all. Not once. If he’s not a team leader, if he’s going to want playing time, if he doesn’t take a significant – and I mean significant – pay cut to his salary, then he needs to go.

Frankly, I see it like this: if the team couldn’t find a way to keep Thiago Motta – who was a valuable contributor because of his age, reliability and salary than there is no reason to keep Chivu. He is much less reliable - for different reasons, he’s not a contributor at all and his salary was exactly the same as Motta’s, if I am remembering it correctly.

It might be time to cut the cord. With Chivu and with a couple more players that might be near and dear to many of us here... 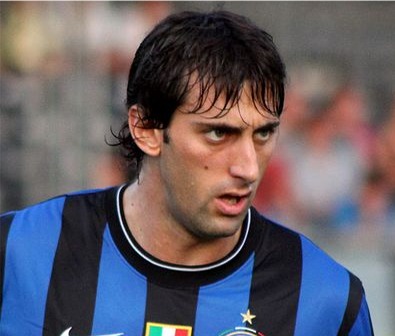 PS In case you missed it: