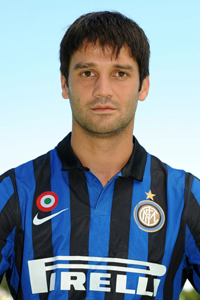 There isn’t much news to dwell on and frankly I have found myself to be very burnt out on all the "what does he cost, I can’t believe Inter are doing that and what will Inter do?" stuff. Most of the market crap bores me already, because it’s just speculation chasing after rumor chasing after the sparingly sprinkled true story. Take the Giovinco or Destro/Longo sagas. Nothing can be figured out until the co-ownership thing is dealt with. So following that/reading any of the commentary is useless unless you’re a masochist, really. Frankly, I mostly found that my initial gut reactions were often the best. But I was surprised by a couple of things. Mostly my reaction to Chivu re-signing.

Chivu Re-Signing For a Lot Less is a Good Thing

Don’t get me wrong, I would prefer to have a better player back there, especially in the middle. But, on the other hand, he’s disastrous on the outside. So he’s signed for what is rumored to be a lot less money, which I never thought he would and there’s the assumption that he knows he’s a backup but one that might see some playing time. Fine by me. It’s one more player Inter won’t have to buy.

Recently there have been rumors of Mariga moving on to lessen the cost of Giovinco or Poli from Sampdoria. But I am getting the sneaking suspicion that Mariga might be staying put. There is a rumor that Strama likes his athleticism and his ability to move up and down the field which is in perfect sync with his philosophy regarding midfielders, re: at least one is the passer and at least one is a destroyer with massive lungs. Mariga fits the mold of the latter perfectly. Plus, as we have seen last season, one can’t have too few midfielders.

Speaking of Midfielders and Poli...

The rumor for all last season in the media was that after 20 games his transfer was automatic. After the season someone from Sampdoria said that it was 25 games and he didn’t reach that – but we will transfer him to Inter anyway. The going price for that deal was €6 million and it looks like Samp will honor their word – unlike some others I will get to later. Inter think that since Samp is coming back into Serie A they will need some players to fill out their roster. Expect some of the Primavera that everyone is after to make their way to Samp on loans. I expect some to be co-owns as well, but personally I think that Inter should get away from that practice. It does nothing but wastes time as everyone has to determine which way the players will go and dear Lord please, don’t let’s do the envelopes… it’s nothing but work, work, work.

We come to the Longo Saga. Longo is a very good player that is between Inter and Genoa. There is something of a gentleman’s agreement that Longo played with Genoa’s primavera 2 seasons ago, he plays with Inter’s Primavera this season. Genoa claims that they have his rights for this next season. If that’s the case, then Inter will have to wait until next season to buy his rights. But unless someone comes to Genoa’s rescue, I don’t see anyway that Genoa get anything but short term satisfaction out of this… and if they press too hard a cessation of business with Inter. If I was running things, I might start paying Sampdoria much more attention just to prove a point.

Destro was sold half by half to Genoa over the course of these last few seasons and further half sold to Siena. There is also a gentleman’s agreement that if Inter are interested they would get a chance to repurchase half of his contract. The new Genoa Director Lo Monaco, whom you might remember from the witty tete-a-tete with Mourinho a few years back, seems unwilling to acknowledge this agreement – although he is willing to acknowledge a similar deal he had with Milan as a Director at Cagliari for another player.

There is a lot of this is just a small disagreement between two companies who have a lot of ties to each other in the Inter websites, but frankly I am tired of Genoa altogether. And really, I am becoming less and less a fan of the co-own system the more I pay attention to the transfer market. With the youngsters we are turning out, I am thinking that Inter should just do straight loans, or keep them and let the other teams who want cheap players have to deal with our terms. Bessa won’t be a great player in the short term if he stays with Inter and comes off the bench, but I am willing to live with his growing pains if he stays with the team until he hits 30 – or gets sold for 30 million in 5 years. If he never becomes great, well, we were able to count him as a club trained homegrown in the European Cups and as a backup we didn’t have to pay anything for. It’s a win-win in my book.

A team like Genoa – that likes to change platoons of players every season – needs a business partner to make deals with. More and more Inter are trying to be much more self sufficient. I think that they will miss us more than we will miss them if relations get too bad.

Cesar, Lucio and Maicon Almost Out the Door?

These are three separate cases but with a similar disease: too old, too much salary and not good enough last season. Cesar especially should have seen the writing on the wall. I have said in several different formats – blog post, comments and LiveBlogs – that Cesar makes waaaaaay too much for a goalkeeper. According to La Gazzetta, he takes home some €4ish million. Double that for the total amount that the team needs to pay out for taxes and such. Maicon makes a little more than that if memory serves. Lucio makes a little less. All three players are in their 30s and all three players have been deteriorating performance wise. Cesar seems to have been seriously affected by that car crash a couple of years ago and Maicon has looked less and less interested and more and more injury prone since The Treble. Lucio just looks like he’s getting a step slower on his reactions – like his body just won’t do what he wants it too anymore.

The team, I feel anyway, would be happy to keep both Cesar and Maicon if they really played as though they were worth the money that they were being paid – if Maicon were to go back to being the most dynamic right back in the world for example, the team would love to keep him as long as that continued. But that’s just not going to happen. Plus, his contract runs out next July. This is a double whammy, because he’s going to demand another big contract.

Cesar’s problem is two-fold. He makes too much and there are much less costly options available for similar production. Here’s an example, the remainder of his contract for the next 2 seasons is worth the amount of the transfer fee plus at least one full year at his current pay – including taxes - of Handanovic of Udinese. This - not coincidently - is who Inter are rumored to be going after to fill that very spot. I don’t know what to think about this. There is no rumor of Cesar leaving nor is his contract due to expire anytime soon… soooo I don’t know what to think about this. Handanovic is a very good keeper and he’s on the right side of 30. But, having him and Cesar on the payroll at the same time seems a little odd, really… you know? So I am going to decide to conveniently disbelieve this one for now.

Several rumors point to Lucio already with a foot out the door. Lucio’s contract is in the €3-3.5 million range that you basically double to determine how much he counts towards the team’s budget. Couple his leaving with Chivu’s and Samuel’s much smaller contracts and we can already see how the team is leaning. Different Rumors have Lucio going to different places. Some have him in Turkey, some back in Brazil.

These last few weeks have been mostly about players leaving, really. Forlan is in the “news” every so often with a different South American team wanting him. Maicon has some suitors and the stuff on Cesar being forced out the door, of course. There are rumors of De Jong, which I don’t really buy and rumors of Kolarov, which I kind of do, especially if Maicon leaves. Javier, Faraoni and Nagatomo can all play and prefer right fullback to the left so there is a spot for Kolarov there. Lately there have been some rumblings of Paulinho from Brazil – Corinthians, if I am not mistaken – and I am interested to see if that has any basis in fact. There still is no news about any type of forward other than the stale stuff with Giovinco and Lucas… who aren’t really the forward that I have in mind, but we shall see. I keep thinking that Pazzini can’t be any worse than he was this past season and if Milito can put together another 20 goal year we might be able to skim by one more time with him. Again, it’s only June and it should be a long summer full of speculation. Ugh.