Share All sharing options for: Know Your Inter Tweens… 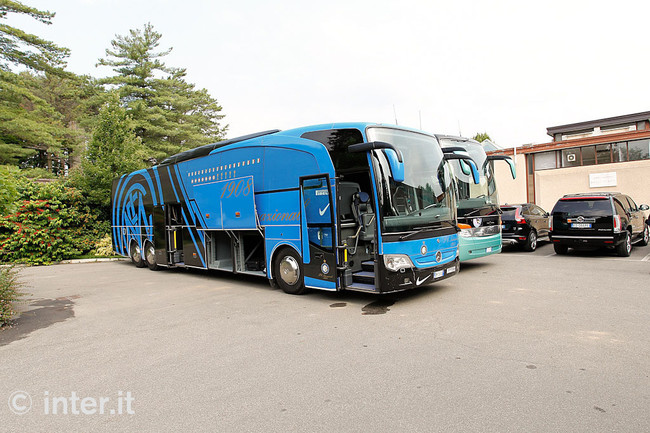 They aren’t Inter Babies anymore. If they stick, they’ll be on the Senior Squad. But for right now, they are Tweens. They were called up by Stramamama to go on retreat. Some may move on to other pastures. Some will stay on and join the likes of Obi in trying to turn this thing around from the inside.

Francesco Bardi – Bardi was brought up in Livorno and started at least 1 Serie A game – the last one – before Livorno were relegated in 2010. Inter bought half of him in January 2011 and he immediately took over for Di Gennaro as the starting goalkeeper for the Primavera. A Viareggio Torno win later and he’s back in Livorno for 2011-2012 season. At the ripe old age of 19 he was the starting goalkeeper for a Serie B team all year. His other half was bought this summer and he’s now on the retreat. Now 20 years old, it wouldn’t shock me if he were sent back out on loan.

Vid Belec - I have talked about Vid before so if you want more Belec check that out. I have actually seen Vid live when the team came to the US in the summer of 2009 and he looked very raw then. So some background – Vid was transferred to Inter when he was 16 from Maribor, Slovenia. Vid has been called up to every National Team level in Slovenia starting from U17 to the Senior National Team – but has yet to be capped. Vid won the Viareggio Torno in 2008 with Inter’s Primavera. Vid is currently in the middle of a 5 year contract with Inter. Belec spent the last 2 seasons at Crotone in Serie B. Belec, now 22 years old, is on the Inter official roster. It wouldn’t shock me if he went back out on loan.

Ibrahima M’Baye – One of the unsung players of last season’s NGS/Primavera Scudetto winning squad, the 17 year old Senegal national was noticed and brought to Inter on the advice of José Mourinho. The 187 cm player (6’ 1 and some) started as a center back and was bumped over midseason as Spendlhofer was moved back from so-so midfielder to outstanding defender. M’Baye spent time as a defensive minded left and right fullback as needed. That he was adaptable and team oriented is a huge point in his favor – we’ll have to see if he’s got any talent. I am going to have a hard time being patient with him – he’s still only 17 (wait, is my math right? I am so out of it today – he’s born in November 1994, so he’s 17, right?). It wouldn’t shock me if he went back in the oven for more baking considering the personnel we have in defense right now.

Matteo Bianchetti – Even younger than M’Baye is Matteo – who was born in March of 1993. I don’t know too much about him other than he’s tall – 6’ 2 plus – and that he’s from Como. Matteo spent time as a central defender rotating in for Spendlhofer, Kysala – who has terminated his contract to go back to the Czech Republic – and Bandini. My bet is that he’ll be sent right back down again and that he’s a camp body.

Marco Benassi – This is what I know about Marco Benassi: The midfielder was born in Modena on May of 1994 and he’s currently co-owned by both clubs. That last bit I got from my own blog post on June 22. Training camp body, otherwise Modena would be in the news for selling his other half to someone else.

Alfred Duncan – This guy is a bit of a mystery and it starts with is name. I have been calling him Alfred Duncan, but Inter.it calls him Duncan and Transfer Markt.co.uk calls him both Joseph Alfred Duncan and Alfred Duncan in the same entry. So I will henceforth continue to call him Alfred Duncan. Anyway, this guy is from Ghana. He’s a left footed central midfielder. Unlike most other Primavera midfield players, I have only seen/heard of Alfred only playing the one position. Shortish (178 cm) I remember that thinking that he was built a bit like a tank. I have not seen/heard Alfred being especially skillful on the ball and will, until further notice, call him a “battler”. Inter.it says that he’s adept at building and breaking up play, having been especially influenced by Thiago Motta – so I think that “battler” is rather apt. Alfred’s past before Inter is a mystery to me, but he joined the club in March of 2011 and caught on with Pea’s Primavera team at that late a date. He went on to further impress with Stramamama and Bernazzani, notably for his power and stamina. Alfred has 5 goals on the season and showed some skills as one of the penalty takers against Ajax. I think he’s got a very decent shot to stick – or go on a promising loan. I read one observer call him, “…like Muntari, but good.”

Andrea Romanò – If there is one player that I expect to impress other than Longo – who I think is being hyped too much, poor kid – it’s this guy. He was the captain of the Primavera last season. I watched him play on the right wing or cm/dm of the 4231 variants and the cm/rm of the 433 varients. He’s adaptable and from all I can figure out, has been with Inter since from forever. He was born in Como in July of 1993 – which I think makes him 19 later this month, but someone better check my math ‘cause I have been loopy all day. If Andrea fails to impress I think he’ll be put out on loan or co-own. If he’s okay or better he might stick to be considered a UEFA homegrown deal – which I am fuzzy about for the Europa League, I am just assuming its close enough to the CL that I won’t have to learn a new set of regs. Anyhoo, the best part about this guy is that if you Google his name you get the voice casting/director of all the Bruce Timm DC Comics stuff.

Luca Garritano – The right footed 18 year old striker is co-owned between Inter and Cesena currently. If you read my June 22 blog post you saw that the deal was renewed for another season rather than decided either way. Garritano is my odds on favorite to take Longo’s place in the Primavera unless he catches hell fire this summer – and even then I think he’ll still be sent down. He’s a camp body, but everyone will be watching very closely to see what he does with the chance to play with the seniors. But having said that, we are talking about a forward with some pedigree – he was most recently convened with the U18s last March.

Marko Livaja – The team really likes the soon to be 19 year old Croatian Livaja a lot. He spent his early years playing for 3 Croatian teams I have no interest in remembering but the upshot is that he was promoted to the first team at Hejduk who are a Croatian team of some history if not much UEFA coefficient ranking (according to one source they are 177 which really isn’t that bad, think Maccabi Tel-Aviv – Hearts range. Empoli are around 120). Anyway, he was actually transferred to Inter for less than €200,000 but… officially because of the non-Eu stuff he went to Lugano for a year and then Cesena and then – you are going to have to picture my Olympic Level eye rolling here – he and half of his card went to Cesena as part of the Nagatomo deal… officially. He came back to Inter Primavera last winter and spent the last few months as the forward that Longo and Bessa played support to. Livaja has played at every level of the Croatia national team starting from U15 to U19. He’ll either stick or go back on loan. I think his Primavera days are over.

Samuele Longo – This is the guy that everyone wants to see this summer and for good reason. He was decent in the Primavera last season, he was excellent for the NGS and he was able to be moved around to wide and support striker roles when Livaja was “returned” to Inter from Cesena. He’s being billed now as a modern forward – a player who has skills and the instinct of a striker. Longo was born in Valdobbiadene in January of 1992. What? You never heard of Valdobbiabene? It’s at the base of the Alps in Treviso, Veneto. If you are a wine connoisseur you might have heard of it. Anyhoo, Longo grew up in the… you guessed it… Treviso youth academy until he was transferred to Inter in 2009 but he was behind several other forwards in the pecking order – you might have heard of some of them: Destro, Alibec, Thiam and Dell’Agnello. Longo went out on loan to Piacenza but came back the next summer. He found it hard to get work in the Primavera again and went to Genoa on loan during the winter of 2011. After going through the Primavera playoffs (eliminated by Roma) and Viareggio Torno (eliminated by Inter) with Genoa he came back to Inter. However, as part of the rest of the Ranocchia deal, Genoa got the 2nd half of Destro and half of Longo. Longo was sent on loan to Inter for the 2011-2012 season until this summer when Inter was finally able to wrest that half back from Genoa. Whew. Samuele is tallish (185 cm) but built very slight at 77kg (a little more than 165 lbs., almost 170, but he’s gonna have to hit the gym and the protein shakes). Longo has been a part of the U19, U20 and U21 groups for the Italian National team. I think it’s worth noting that Samuele was something of a disappointment as a forward until Livaja came on the scene and forced Longo to play a step back from the Prima Punta. I think that if Stramamama can keep his head, not buy into the hype around Longo and put him where he flourished this past winter and spring – then Longo can be a real player. Having said that, it’s an awful big jump up to the senior squad for a guy everyone is looking at. Castaignos’ time with the club may be over all too soon, but pairing these two up, Luc as the forward and Longo as the support would be worth watching, just to see if it would work.

Whatever happens with these young men, it looks like we are living in “interesting times”. 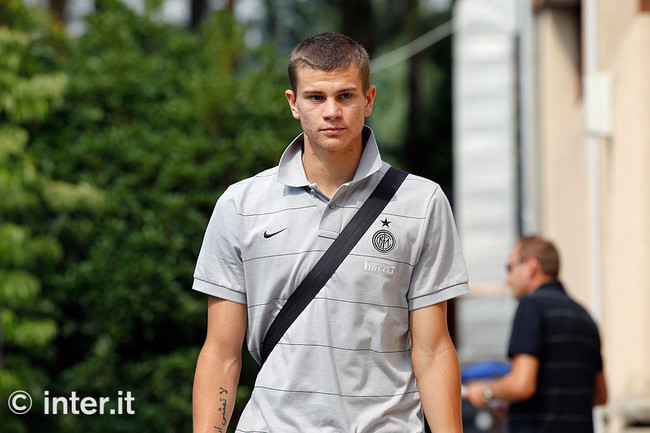