Nerazzurri have eight straight games without a win after 1-1 draw with Crotone.

For the eighth straight game, Inter Milan have failed to win.

An early goal by Éder was countered by a weak attempt from Andrea Barberis as the Nerazzurri were held to a 1-1 draw by Crotone at the San Siro.

It was Éder who opened the bill for Inter with a header from a set piece by Marcelo Brozovic in the 23rd minute. It marked the first goal for Éder since Nov. 5, 2017 against Torino — a game that ended in a 1-1 draw.

Prior to that, his last goals game with a brace against Udinese to close out the 2016-17 season. But, he has scored four goals in the last three games he has started for Inter in league play.

It wasn’t the last time the striker — who earned the start due to the injury to regular striker Mauro Icardi — would be dangerous in the first half.

Icardi’s absence pressed Inter to revert to a 4-3-3 — away from its traditional 4-3-2-1 — pushing Ivan Perisic and Antonio Candreva into more forward positions on the wings.

But, Andrea Barberis equalized in the 60th minute.

The draw brings Inter’s winless streak to eight games — tying their longest in Serie A from … that’s right … last season.

But, it was Matias Vecino out of the midfield who nearly scored first with a hard shot that barely cleared the crossbar early in the first half.

Crotone attempted to press on offense, but Inter’s defense seemed up to the challenge throughout the first half.

Federico Ricci nearly found the back of the net in the 19th minute, but the Nerazzurri defense smothered the shot.

After Brozovic lost possession after losing his footing, Marcello Trotta pushed ahead for Crotone, but his long-distance shot went wide.

After Éder found the back of the net in the 23rd minute, Inter seemed to find some life as he was challenged by Rolando Mandragora — who drew a card for his takedown. Brozovic nearly doubled the lead but could not come down with Perisic’s cross late in the first half. 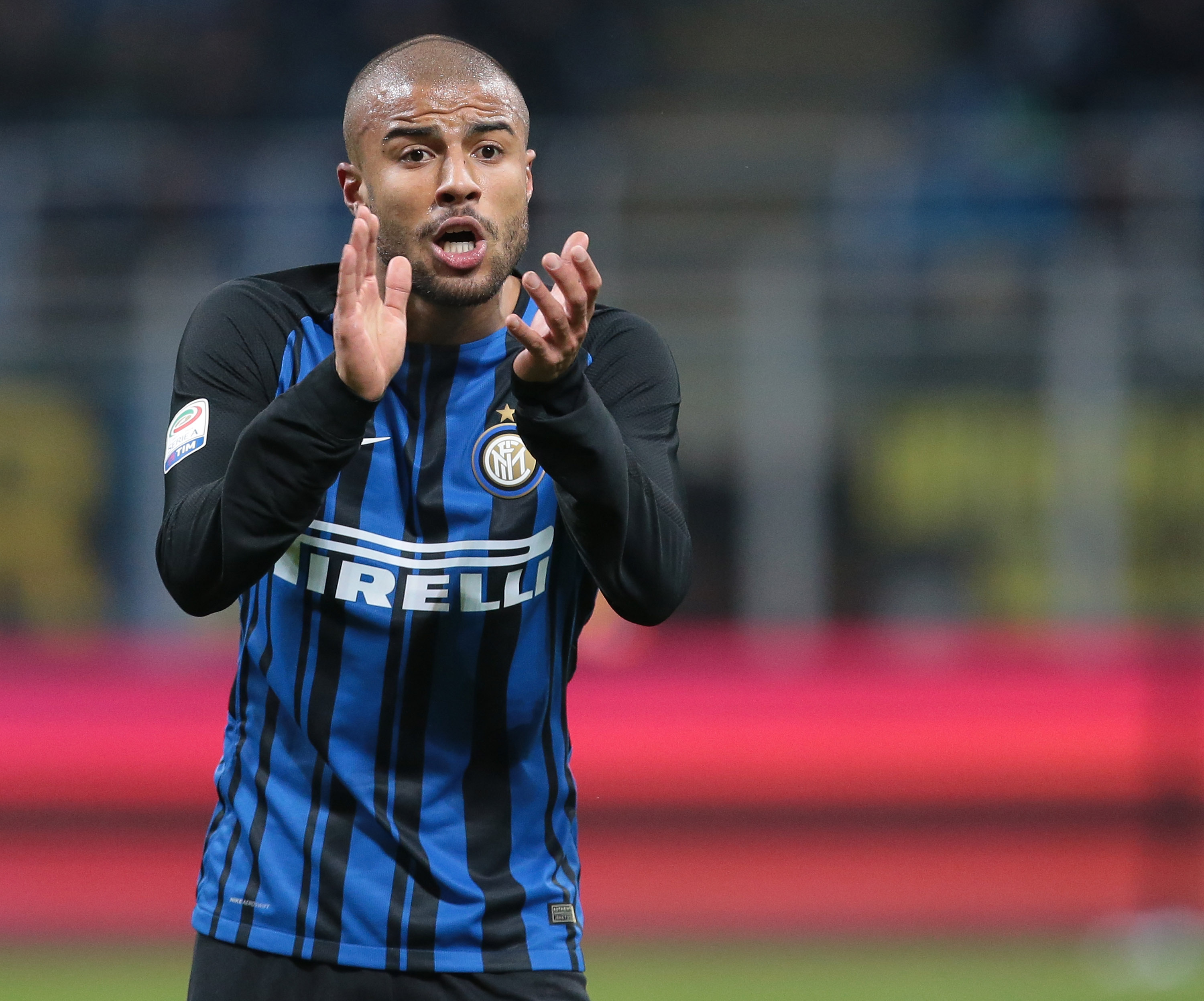 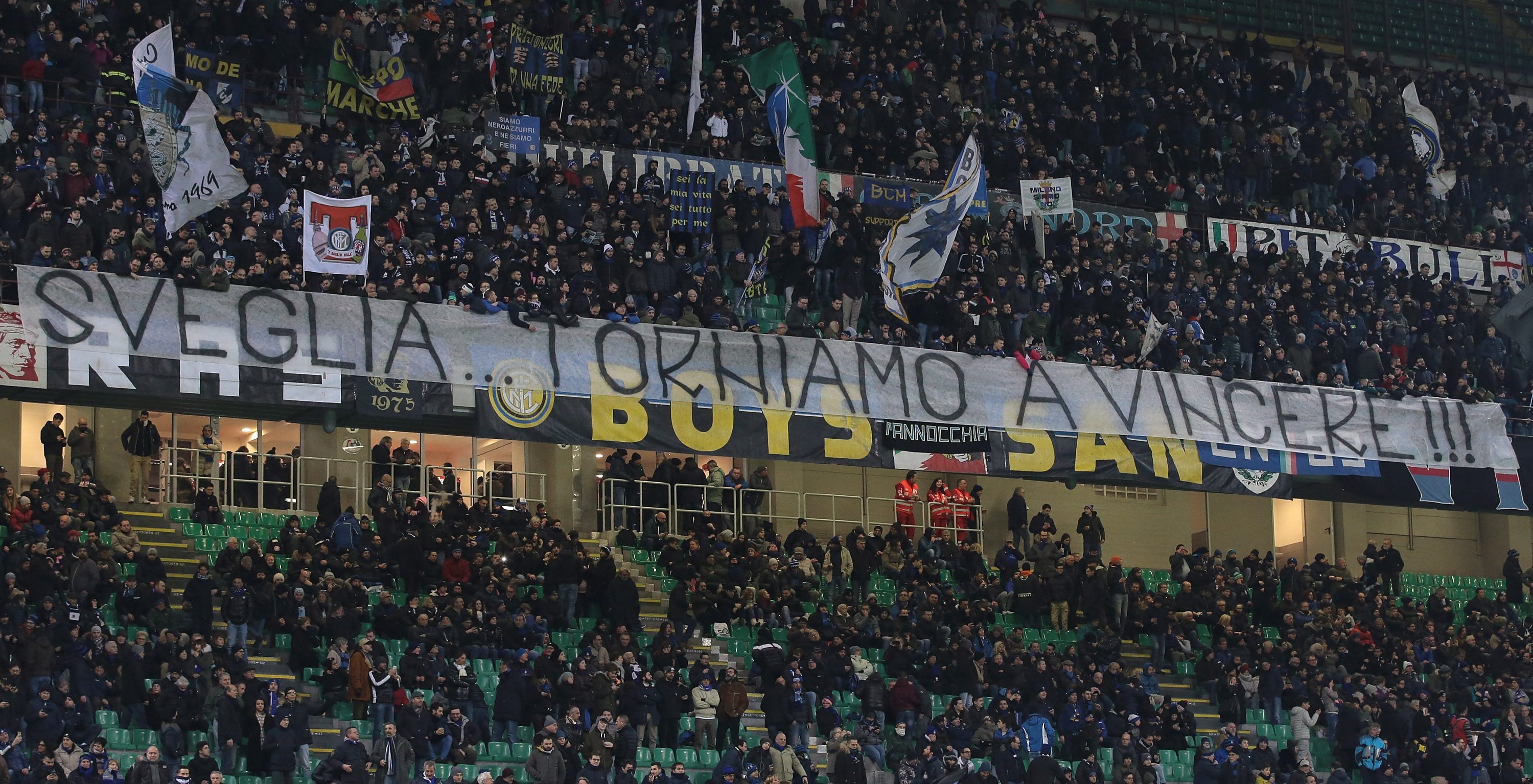 Éder also had a chance to double the lead, but his touch off the pass from Antonio Candreva was too weak and Crotone goalkeeper Alex Cordaz — and his bleached white mohawk — was able to come up with the attempt.

In the second half, Crotone found ways to capitalize off Inter’s midfield mistakes.

In the 53rd minute, a free kick was awarded near the right post just outside the area, but Trotta could not connect and the ball sailed wide of the far post.

The Nerazzurri had their first real attacking chance in the 56th minute when Candreva was able to break away with a long pass head. He created space all the way to the touch line, but his pass back was intercepted as there was no other attacking options.

What seemed to be an easy potential clearance turned into a nightmare in the 60th minute when Barberis took a deflection off Borja Valero into the back of the net from 10 yards out to tie the game.

Crotone continued to push head after Trotta nearly pushed ahead, but Samir Handonovic deflected the ball out.

Perisic gave Éder another opportunity in the 64th minute, but Éder’s attempt was right into the hands of Cordaz.

In the 69th minute Danilio D’Ambrosio found Perisic with a nice pass back, but the Croatian blasted the ball over the net and out of play.

The Nerazzurri started playing a little more patient — attempting to create a chance — and it was Dalbert who found space on the left side and looked back to Éder who’s shot was deflected over the bar.

After that, Inter brought on Joao Cancelo and Yann Kamaroh to bolster the attack.

Rafinha came close to making his mark on the game with a great attempt that Cordaz was forced to push away in the 89th minute, but the new pickup for Inter was whistled off-sides.

Perisic took two consecutive chances in extra time but came off weak off his right foot.

Inter will attempt to seek redemption when they take on Bologna at 9 a.m. Sunday Feb. 11.

What do you think? Leave your comments below!