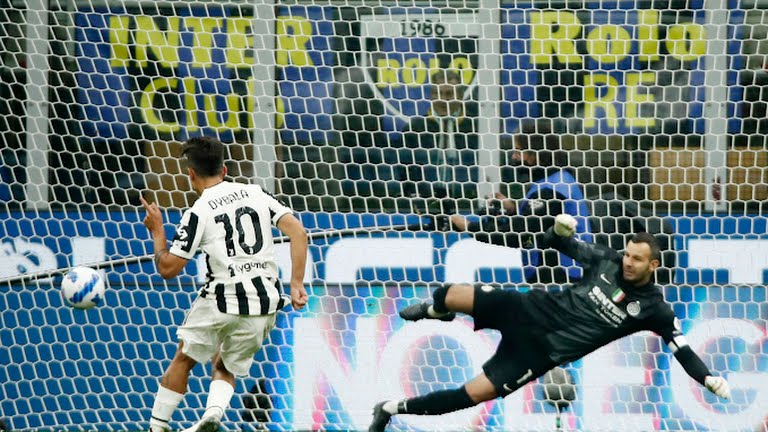 Substitute Paulo Dybala scored an 89th-minute penalty to earn Juventus a draw at Inter Milan and keep them within touching distance of the top four.

Inter's Denzel Dumfries was ruled to have caught Alex Sandro inside the box, with the referee making the decision after viewing the pitchside monitor.

Inter coach Simone Inzaghi was sent off for his angry reaction to the decision.

Edin Dzeko had put Inter ahead in the Derby d'Italia, turning in after Hakan Calhanoglu struck the post from range.

Napoli earlier drew 0-0 with fourth-placed Roma to move back above AC Milan at the top of the Serie A table.

Inter are seven points adrift of the top two in third, while the draw keeps Juventus one point from a Champions League place in sixth.