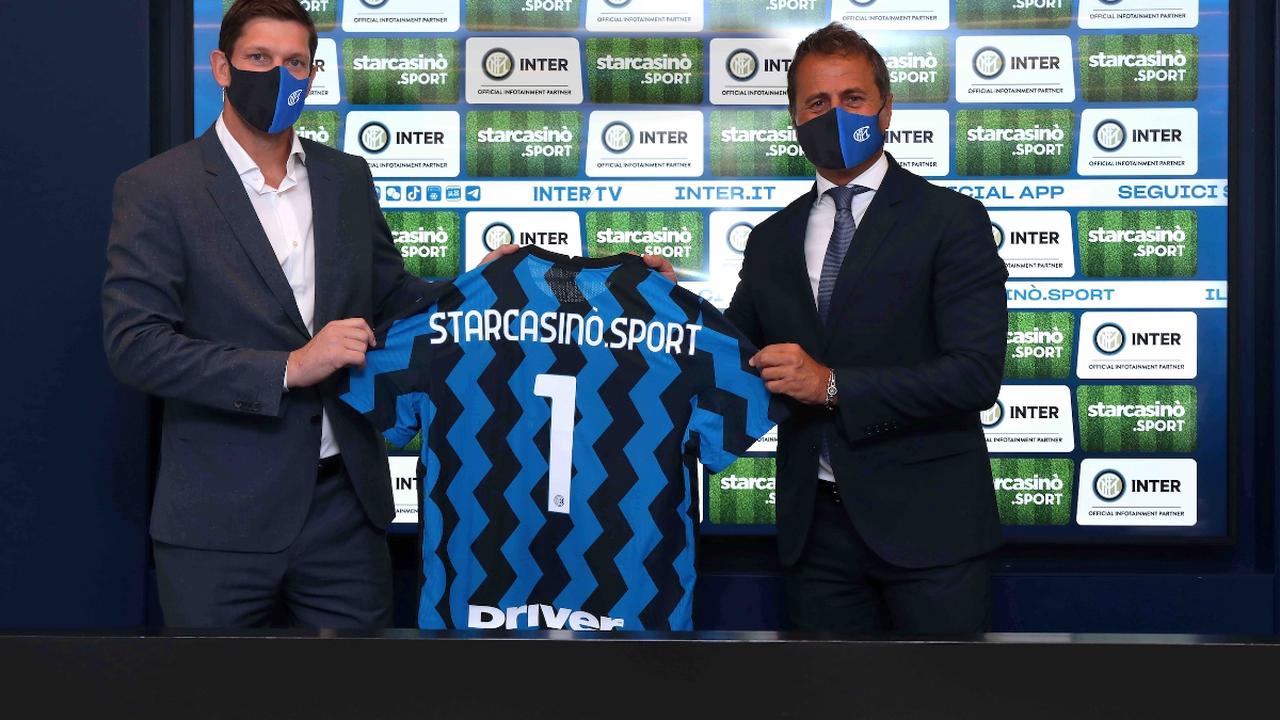 Football clubs have always been a magnet for sponsors who want to promote their brands and products to a highly specific and engaged target group.

After all, is there an easier way to approach football fans than becoming a patron of their favorite teams?

This is exactly what happened with StarCasino and FC Internazionale Milano (aka FC Inter Milan) as they decided to take their partnership to the next level.

We will start from scratch and tell you everything there is to know about the two parties, their business arrangements, and other corresponding activities. Let’s give it a look!

StarCasino is an all-around infotainment platform with many different functions and types of content. It primarily serves as an online casino that attracts thousands of daily visitors from Italy and beyond.

They provide players with a wide variety of games and prove to be a highly reliable gambling platform.

StarCasino has the official license to run gambling operations and you can see the signs of trustworthiness all over the website. StarCasino is one of the finest online casinos for a number of reasons.

Most of all, you can notice amazing customer support channels because StarCasino allows you to get in touch via email and phone, while its FAQ section is very comprehensive.

The platform gives players up to $1,000 worth of welcome bonuses along with 50 free spins. It is compatible with Android, iPad, iPhone, Windows, Mac, and Samsung Galaxy Tab. The only downside is that StarCasino doesn’t accept cryptocurrency payments.

On the other side, StarCasino also has its sports-related edition and that’s exactly where they partner with FC Inter.

They are already partners of AC Milan and Napoli, whereas FC Inter represents a natural extension of their marketing strategy. StarCasino is packed with useful and interesting football articles, analyses, reviews, predictions, and tons of similar content that soccer fans consider interesting.

The Importance Of FC Inter Milan In Italian football

A true football fan doesn’t need a long introduction to FC Inter Milan as it has always been one of Italy’s best clubs.

Ever since the debut in Serie A back in 1909, Inter has stayed in the top league and still remains the only club to achieve this feat. FC Inter has won many trophies during its rich history, but we will point out the essentials only:

All these trophies make FC Inter not just one of the elite clubs in Italy but also worldwide. This is exactly the reason why StarCasino decided to establish the official partnership with FC Inter through the form of the so-called infotainment deal.

The two parties signed the deal in late 2020. According to the press release, the partnership will see the creation of lots of different content which will be shared across the club’s social media platforms as well as some ad hoc experiences for Inter fans.

Besides that, FC Inter will promote StarCasino during home games at Giuseppe Meazza, in its training center, and on the club’s website.

Ronni Hatvig, one of StarCasino’s chief executives, stated that the main goal of the partnership is to come up with modern and engaging football storytelling.

He noted that the deal was important for the overall image of StarCasino and its aspirations to closely cooperate with innovation-oriented football teams.

Where To Play Casino Slots And Bet On FC Inter?

One of the key advantages of StarCasino is that you can use the platform for multiple purposes. For one, you can read all sorts of football-related news and enjoy high-quality content.

Secondly, the platform allows you to play casino games, including slots with lots of free spins. And thirdly, you can use it to place bets on FC Inter and all of the club’s forthcoming matches.

But just in case you don’t like StarCasino – for whatever reason – we need to inform you that great alternatives are available around the clock.

In our experience, the best payout online casino Canada proved to be a credible alternative because it offers a broad scope of features every gambler is eager to see and utilize.

The platform offers you better bonus features: up to $2,200 worth of bonuses and 325 free spins.

Unlike StarCasino, this provider accepts cryptocurrency payments (Bitcoin, Dogecoin, Ethereum, and Litecoin) and even comes with a live casino feature.

Of course, we must not forget another important fact – it also enables sports betting with hundreds of football matches on a daily basis. This basically means you can bet on FC Inter while playing casino games or spinning online slots.

Cooperation between sports teams and casino companies is nothing new and we are not surprised to see FC Inter making a deal with StarCasino.

On the contrary, it’s a natural development and a surefire way for both companies to add fresh value to their fans and users from all over the world.

It also enables slot lovers to try new Inter-themed slots on StarCasino and beyond. With excellent design and lucrative bonus offers, there is no reason not to visit this gambling provider and spend some time testing FC Inter slot machines. Have a great time!